Rick Kinzbrunner founded Giaconda in 1981, on the north side of Wangaratta Road, near Everton Hills (in modern-day Beechworth GI). What started as a humble plot of chardonnay and cabernet sauvignon would eventually become one of the most acclaimed Australian wineries—putting the name Beechworth on the fine-wine map.

Rick found a second career in wine, starting out his professional life as a mechanical engineer. Wine captured his imagination in the mid-1970s. He travelled to California to work with some of the great producers of the day, including Stag’s Leap, Simi, Matanzas Creek, and the Moueix group. Upon returning to Australia, he worked with Brown Brothers until he founded Giaconda, releasing his first wines in 1987, from the 1985 vintage.

Rick very quickly eschewed any chemical inputs, converting to organics and focusing on regenerative agriculture from the beginning (certified organic in 2019). Though Giaconda makes excellent shiraz, pinot noir, nebbiolo, cabernet sauvignon, and
roussanne, the winery soon became known for its show-stopping chardonnay. By the 2005 edition of Langton’s Classification, Giaconda’s Estate Chardonnay had been lauded with an “Exceptional” status, one of the few white wines (and the only Beechworth wine) to ever receive such an accolade.

The estate vineyard is 4 hectares planted at an altitude of 400m on granitic loam over decomposed gravel and clay. The chardonnay site is on a relatively cool south-facing slope of the vineyard, sheltered from the direct impact of the sun’s rays, resulting in a slower ripening period, greater flavor complexity, and high natural acidity levels. The shiraz site faces north, allowing for a nuanced combination of powerful fruit and complex savory notes.

Today, Rick’s son Nathan joins him in running the family estate. There’s a vein of curiosity that the two men hold dear (they just launched an amphora-aged roussanne that has Australia swooning), but there is also a deep commitment to the land and the classics. As Rick says: “I like to do what I do well.”

The brief nowadays is just to do less and just to do better. And just to make the things that I really like to drink! 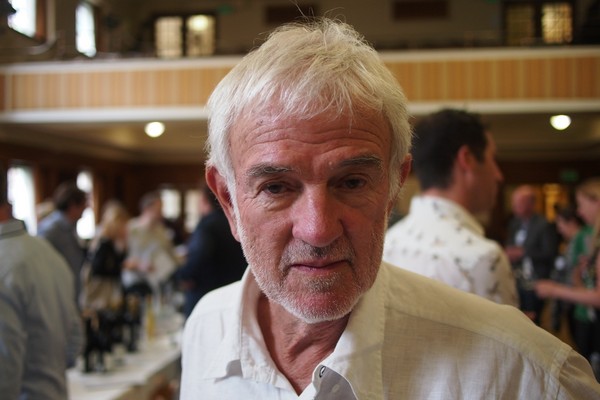 “One of the finest Australian Chardonnays I have ever tasted …it tastes like a grand cru from Puligny-Montrachet.”