Queensland is more know for the Great Barrier Reef than it is for wine, but we think that’s due for a change. Just on the other side of the Great Dividing Range from tropical beachfront lies one of the coolest wine regions in all Australia: the Granite Belt. Cool but sunny, the Granite Belt is a lesson in paradoxes: wines can showcase richness, boldness, and peak expressiveness at moderate alcohol levels.

When you get to know Glen Robert, Andrew Scott, and Robert Richter, it’s no surprise that they’ve chosen this unlikely region as their home. In the late 1990s, Glen and Robert were doing property development in Brisbane when a lot on the western edge of the Granite Belt, near Ballandean, caught their eye: just along the Severn River at 770 meters in elevation, the pair knew enough to know what a prime
viticultural site they had snagged.

Instead of outsourcing the responsibilities of their newfound wine project, they dug in. With his background in biochemistry and medical research, Glen studied winemaking. Robert, in turn, studied viticulture. They formed a winery called Bent Road and planted their vines in the early 2000s. And the rest, as they say, is history.

That is, until Andrew Scott showed up. Andrew, a hospitality veteran who dabbled in winemaking, had a chance meeting with Glen at a MW training group. Andrew was immediately captivated by the Granite Belt. His trips up to visit the winery became more and more frequent, and eventually he accepted an assistant winemaker job there.

With Andrew on board, the team developed a new concept: La Petite Mort. Designed to be “unusual, confronting, and a little left of center” this label allowed Andrew and Glen to experiment with new varieties and styles, which lead to the creation of their own qvevri farm, stocked with 14 clay vessels buried underground. Qvevri-aging and skin contact (well over 100 days for most wines) are the hallmarks of their style, combined with their hallmark spirt of experimentation and collaboration.

“This is what I’m all about – old-school, funky, alternative wines are fun and exciting and interesting and educational to make and to drink, but none of this is an excuse for poor winemaking.” 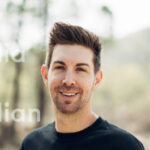 What Jane and Jon have to say…

“Queensland wine!? Hell yes! Glen, Robert, and Andrew have created a truly special winery with La Petite Mort – balancing traditional methods (hello qvevri farm!) with a scientific approach. The result is a feat rarely achieved in our industry: wines that are utterly unique, yet completely sound and delicious. The wines have gained widespread support across Australia, appearing on many of the greatest wine lists of the country, and we can’t wait to introduce them to the United States.