The Downer family has been farming the fertile soils of the Onkaparinga Valley since 1939. In this time, there have been many cattle grazing, hens laying, potatoes grown, and flowers picked, but in 1998 the family made the transition into grape-growing and haven’t looked back.

The estate vineyard is located behind the township of Oakbank, in the eastern Adelaide Hills. 20 hectares of sandy loam with influences of schist, shale rock-formations, pockets of sandstone and veins of quartz and ironstone, combined with an altitude of over 1100 feet, make for a great home for cool climate varieites: sauvignon blanc, pinot noir, chardonnay, pinot meunier, cabernet sauvignon, and syrah all grow happily – and organically – here.

Michael Downer, the youngest of his generation, studied winemaking at school. After getting a degree in oenology, Michael worked with Shaw + Smith (Adelaide Hills), Vietti (Barolo), and Best’s Great Western (Grampians) before joining the family winery in 2012. Michael is credited with the renaissance of Murdoch Hill, transforming the estate from a venerable wine grower to the producer of some of the most esteemed wines in the region.

He’s brought the  winemaking in-house (it was previously done by a neighboring winery) and created a range of single-site, minimal intervention bottlings. He has also introduced into their winemaking native yeast and whole bunch ferments, extended skin macerations, old oak aging, and has eschewed fining and filtration.

The Australian wine industry has taken note: Downer was a Young Gun of Wine finalist in 2014, the winner of the “Winemaker’s Choice” award in 2015 and 2016, finally taking home the top prize in 2017. He’s received multiple accolades in local media, including several wines in the top ten of the
Adelaide Review “Hot 100” over the years.

"I grew up in the vineyard and I thought I had an understanding of it, but the more you go along the journey, the more you understand...My philosophy has always been to be true to the Adelaide Hills : I want to keep the regionality in my wines." 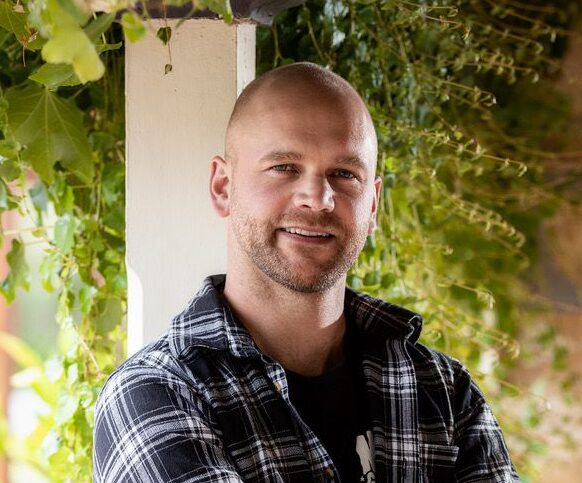 “Murdoch Hill might win our award for most well-rounded winery. Their range runs from bright and gulp-able to some of the most serious varietal expressions being made right now in Australia. These bottlings are truly some of the greatest in the country, and raise the bar for what Australian chardonnay, syrah, and pinot noir can achieve. Murdoch Hill is the real deal,  and the definition of what precise viticulture and clean vinification can achieve.”

“Murdoch Hill scaled new heights after Michael Downer returned to his family winery in 2012. He has carved a niche with the scant plantings of pinot meunier in the Hills, with an emphasis on  crunchy drinkability. But Downer is equally adept at more ‘classical’ expressions of chardonnay, pinot noir and mid-weight spice-laden syrah.”