Silent Way is a plot of land 550 meters above sea level in the icy-cool Macedon Ranges region of Victoria, purchased in 2007 by Matt Harrop and Tamara Grischy with their three children, Jai, Ivy and Sofia.

Matt and Tamara have established themselves as wine royalty in Australia. Tamara, a native of Port Douglas in Queensland, is the Head of Auctions at Langton’s, Australia’s most prestigious fine wine marketplace. Tamara has contributed to the Langton’s Classification – the premier celebration of the great wine estates of Australia – for the last 20 years.

Matt, a New Zealand native, studied winemaking at Roseworthy College, Australia’s first and most notable
viticultral school. He cut his teeth at Grosset and Brokenwood, two of Australia’s most renowned wineries, before finding his affinity for the Macedon Ranges as the founding winemaker at Shadowfax, where he worked for nearly 20 years. In 2017, Matt became the winemaker at Curly Flat, considered one of the great cool-climate chardonnay and pinot noir producers in Australia.

In all their free time (sarcasm!), this husband and wife team have nurtured their own vines to produce the wines of Silent Way. Silent Way is named after one of the couple’s favorite albums, recorded by Miles Davis in 1969, and generally regarded as one of the most inventive albums of all time. A Miles Davis quote adorns their website: “Sometimes you have to play a long time to be able to play like yourself.” Matt and Tamara feel similarly about winemaking: “You got to get to know a vineyard for a long time to express the best of it.”

"You got to get to know a vineyard for a long time to express the best of it; often this is a generational thing, knowledge passed down from parents to kids to grandparents. Every season is different, every season has its greatness and its failure" 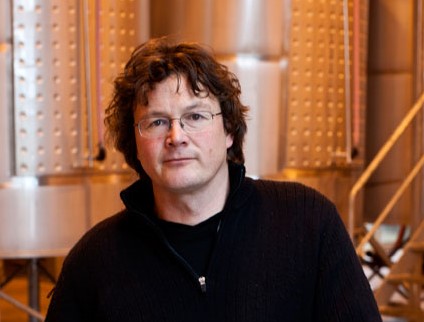 “Matt and Tamara are the definition of a wine power couple, and between them have tasted and re-tasted every important wine ever made in Australia. Expectations were high when they set out to create their own label, and they’ve exceeded every one of them. The wines deliver incomparable value for the quality of fruit and winemaking know-how, and manage to be both approachable and complex. We  can’t wait for the US to taste these wines.”

“The couple bring together a deadly combination of a coalface understanding of what the consumer wants and talented winemaking to make that a reality.”