Adam Foster started off his career in the kitchen, completing a chef’s apprenticeship and working in some of Victoria and London’s best kitchens. But he always had a more-than-passing interest in Front of House activities – particularly the cellars and wine lists.

In 2002 Foster decided to give up ‘chefing’ to immerse himself in the winemaking process. He concentrated his efforts particularly on French and Australian Rhône styles, working shifts at Walters Wine Bar in Melbourne to gain exposure. Foster included extensive travels throughout Europe in his studies, learning and discovering some of the most outstanding regions and labels firsthand. With the guidance and support of people such as Ron Laughton (Jasper Hill), Don Lewis (Mitchelton), Stephane Ogier, Michel Chapoutier, and Pierre Gaillard, Foster alternated harvests in Australia and France for years.

Foster released his first vintage of Heathcote Shiraz in 2004 with only 100 cases, made from a ton and a half of grapes purchased from Heathcote Winery. The name “Syrahmi” emerged soon after, made up from “Syrah,” the French word for Shiraz, and “Ami,” meaning friend. The idea being a “friendly Shiraz” or a “friend of Shiraz”.

Each year grapes for Syrahmi are sourced and selected from different vineyards in the Heathcote region. Thus each year the wines are given a different name to reflect the vintage – such as Granite, Finesse, XV, Dreams, and Jill.

Foster planted his own vineyard in Tooborac, in the cooler hills of southern Heathcote, in 2017. 8888 vines per hectare (super close planted), 400m above sea level, and with granite soils (and big granite boulders) – this vineyard is a stunner, set to become one of the most important syrah vineyards in Australia.

"My aim has always been to express the true terroir of the vineyard and vintage, and along the way I have learnt that you can have great success through minimal human intervention in the winemaking process and by simply putting your trust in Mother Nature." 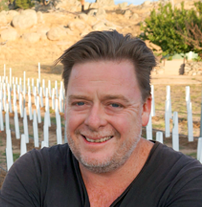 “Australian syrah that tastes like the best Côte Rôtie (or maybe even better), Adam Foster’s Syrahmi combines everything we love about French syrah (black pepper, game, olive, acidity, structure) with everything we love about Australian wine (supple, open fruit and dynamic drinkability)…these wines are dynamite. And he releases back-vintages so we can drink these wines with all the complexity they are destined to have. A+++ in our book.”

“Foster won back-to-back Young Gun of Wine People’s Choice awards, in 2008 and 2009, the only finalist ever to do so…he has carved out a significant identity for himself, making Rhône inspired reds under his Syrahmi imprint.”

CLICK THE LABELS BELOW FOR MORE INFO ON EACH WINE 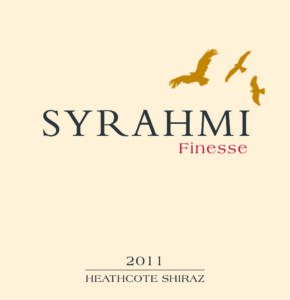 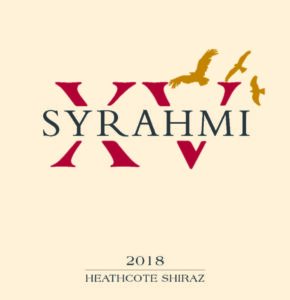